The best part of a journey should come last; Dali and Lijiang were planned for that.  However, sweet little May invited me more or less firmly to Foshan to meet me again; so I don't fly directly from Lijiang to Chengdu to go home, but to Foshan instead. Foshan is right next to Guangzhou, the capital of Canton, in the pearl river delta; that's two flight hours from Lijiang. A further two hours are needed to get to the center of Foshan by bus and taxi, so it's 10pm when I arrive, too late for a reunion. However, I'm still in Foshan the entire Saturday, as I travel home on Sunday.

May's employer honors weekends and public holidays, so fortunately, May has time for me on Saturday. Ok, after a good night's rest, so around noon she arrives at the hotel. 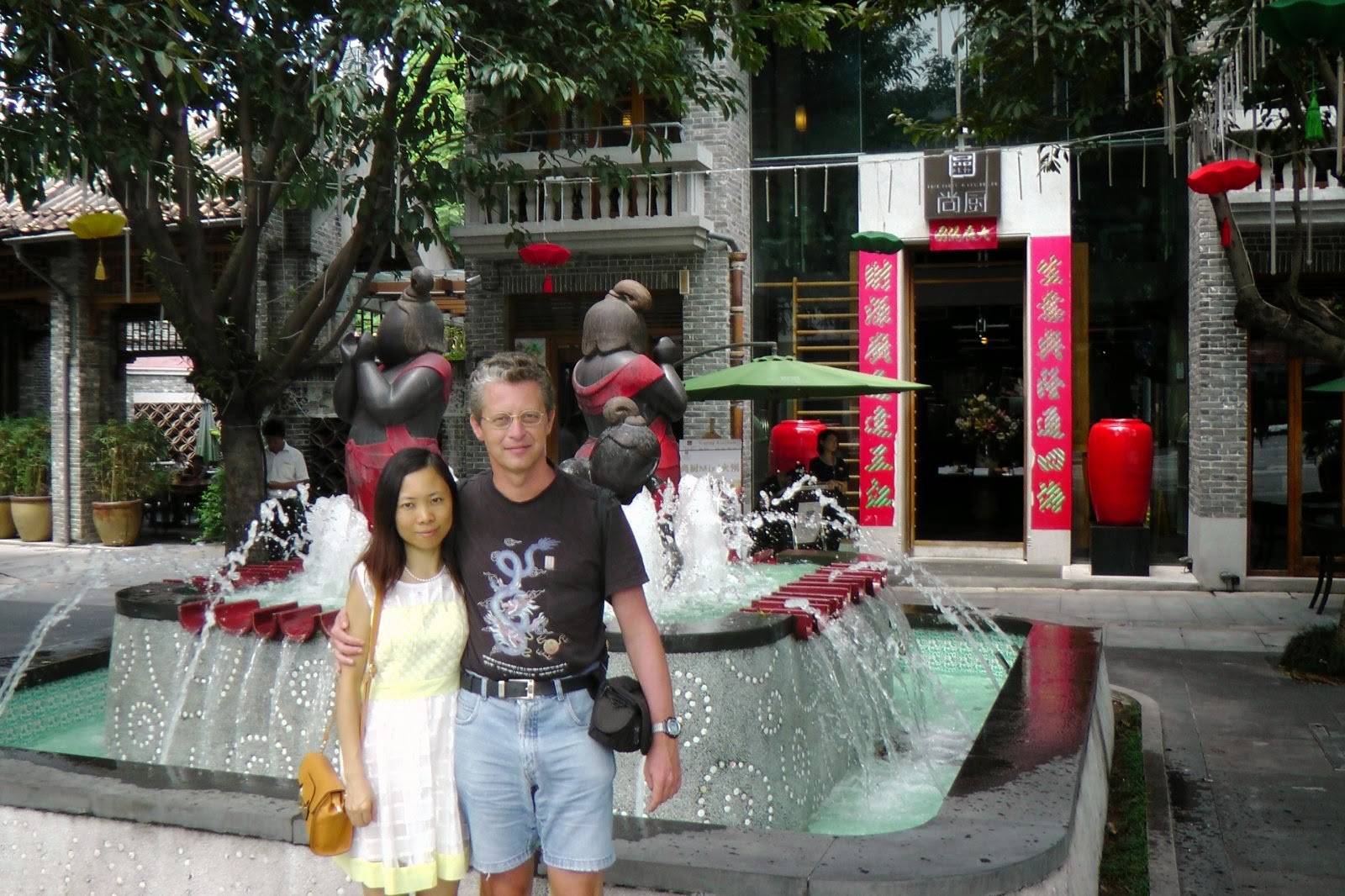 Foshan is not very touristic, so there's not that much to see. On the other side of the road there's a Zen buddhist temple, with a Guanyin which looks like a Madonna holding a baby.  May asks who the father of that baby is, and I explain that Guanyin probably doesn't need a father to give birth.  We light some incense, and she tests my knowledge by giving me four; this this the wrong number, you light three incenses at a time. 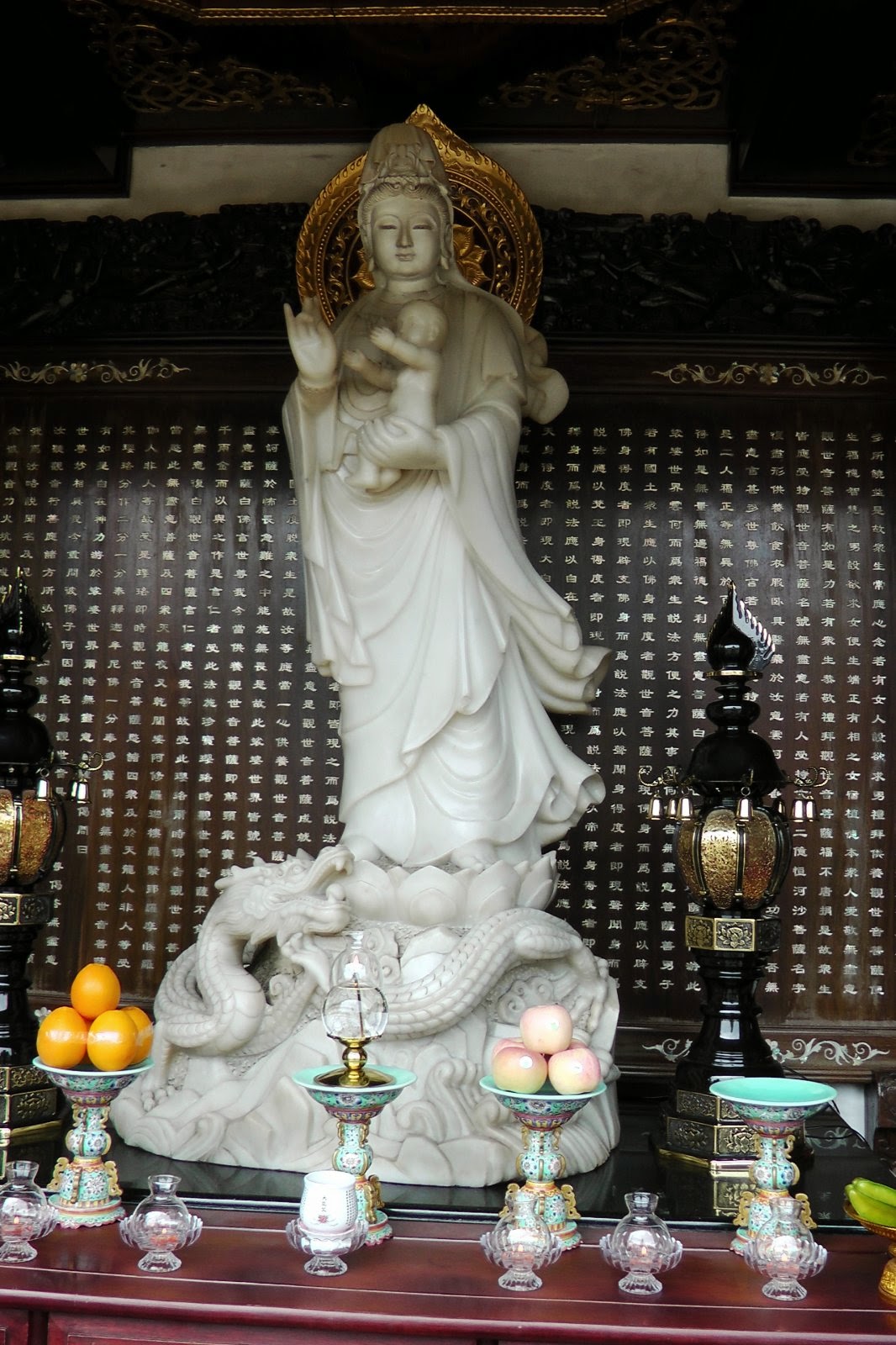 A few hundred meters down the road, there's a further, bigger temple, in cantonese style, a taoist temple. There's also the Foshan museum inside, and apparently the most important thing in Foshan is the Kung fu master Wong Fei-hung, who's a figure in about 100 HongKong kung fu movies, the best known probably the "Drunken Master" with Jackie Chan as Wong Fei-hung. I recognize him by his look, since the english translation of the texts call him "Cheng Long". But we longnoses don't know his chinese name. And May doesn't know "Jackie Chan" (even though "May" is her chosen English name). 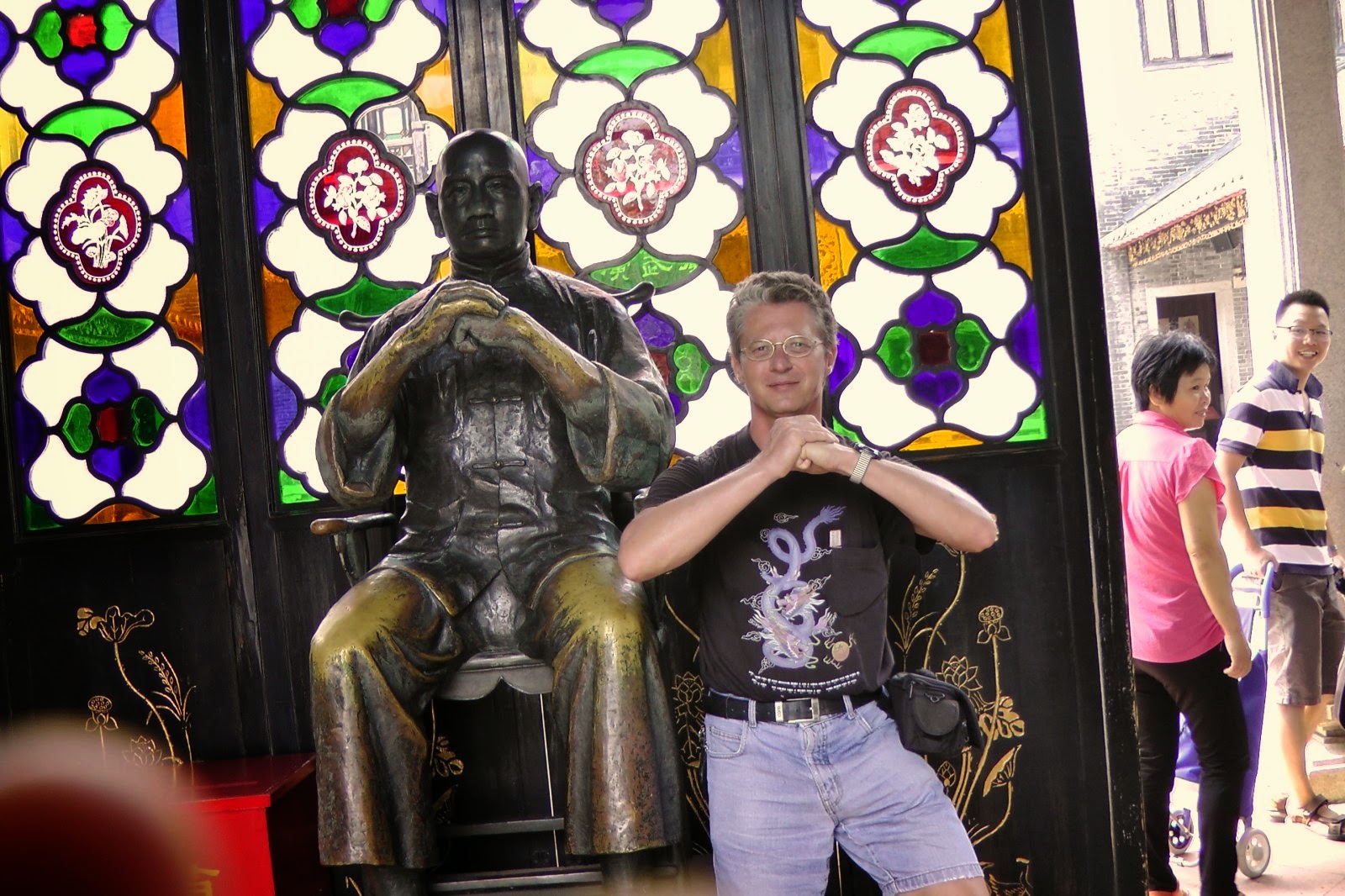 In the temple's courtyard, there's a canton opera performance every saturday and sunday, and that's what we watch next. In my left hand, I'm holding my camcorder, and record the performance, with my right hand, I'm holding May, and caress her.  Since it's quite warm, she's holding an umbrella to shade us, and when we are thirsty, she gives me to drink, so that I don't stop caressing her. She apparently likes caressing and cuddling a lot, and after the performance, she accompanies me to my hotel room.  There, she's afraid of her own courage, so nothing dramatically X-rated happens, but we instantly go for lunch - noodle soup. 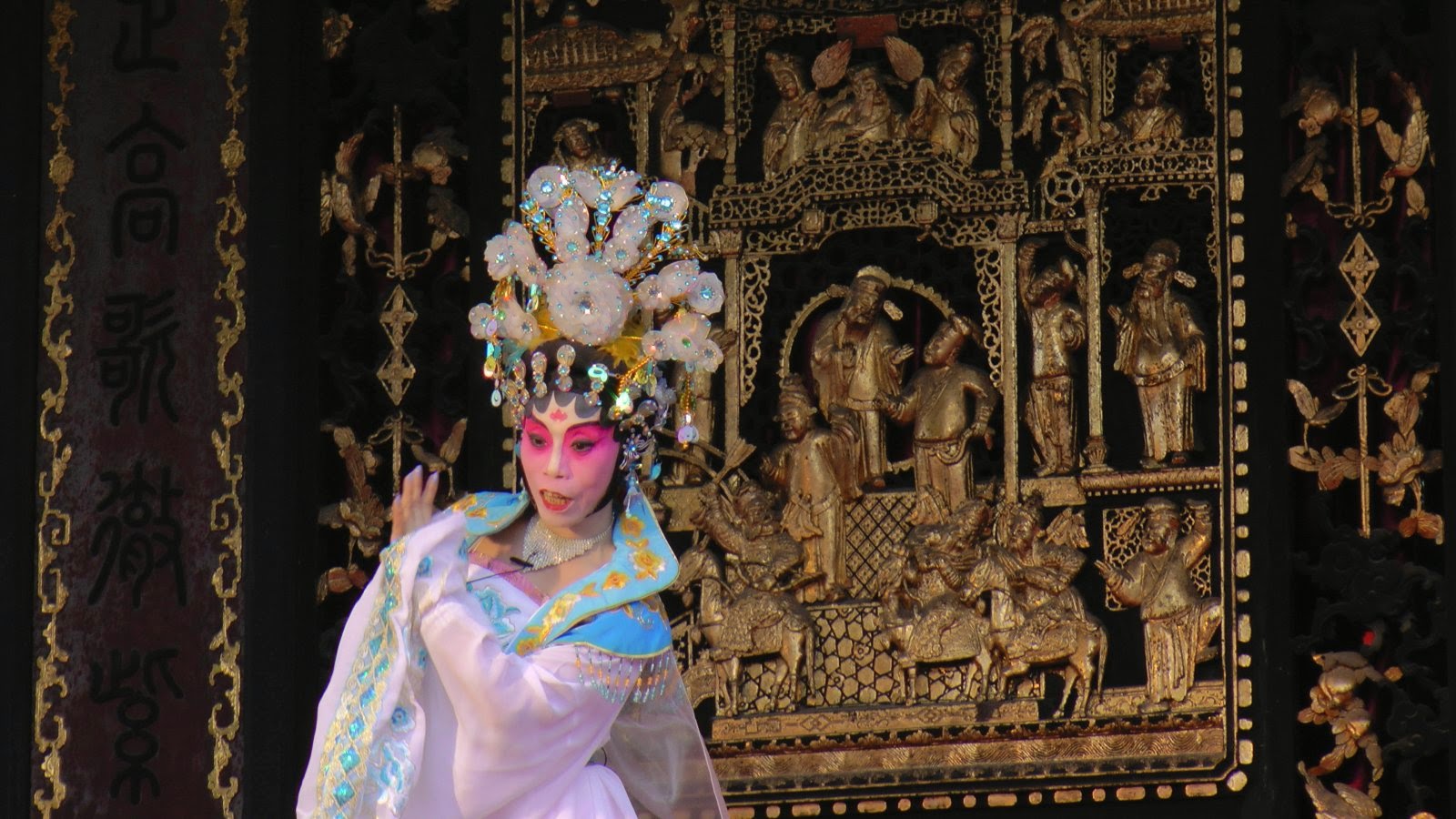 Afterwards, I've planned for shopping souvenirs; I need a tea service for my father (that's ordered), and a few cleavers, and something for my nieces.  We buy the tea service on the market, May pay's for it and declares it a gift for my father.  We try to obtain knives on the market, too, but they have "Zwilling" knives; I can buy them in Germany as well.  Real chinese cleavers are available in a small supermarket, and they are pretty cheap.

I invite her for dinner, too, and she's to decide, where we go.  She chooses a "western restaurant", which cooks European and American cuisine, and there, we eat a steak (well done - chinese people don't like rare) and spaghetti bolonese together - shared chinese style.  We practise some German, and she proposes to move to Germany, to learn German - with me as teacher.

Afterwards, she's accompanying me back to the hotel, and we watch for about an hour photos from Munich (and my apartment, which is what she asked for). And finally, she's asking the question when I'll be back, and "in two years" is too long for her. So she get's the promise that I'm back as soon as she likes, an intense hug and a kiss on her mouth.
Posted by Unknown at 10:00 PM