My next highlight on the plan is the Detian waterfall, and to get there, I've to go to Nanning first. That's not far from Hainan, next to the island on the mainland, and the city hopper needs one flight-hour to get there.  May has just added me on QQ, but there are still other girls interested in me.  The pretty one next to me in the plane isn't, she's sleeping through the flight.  But in the shuttle bus to the train station, there's one who has questions.  And a dedicated selfie camera (yes, really - the lense is on the same side as the display), which she uses to take "selfie with longnose".

The first thing I'll try to do in Nanning is to get a replacement for my defective point&shoot camera.

The easy part is to find the Panasonic shop here.  On the hotel's internet, Google Maps even can do bus navigation, in the net of China Unicom that's not possible.  It's not really perfect what Google has found, but at least I can now read the bus plans:  the stops are named by crossroads, so when you know where to go, you can find the right bus (crossroad names are the concatenation of the two road names).  Oh, er, if you find the corresponding Chinese characters ;-).  A Chinese guy asks me at the bus stop where I want to go, and doesn't find another bus to get there.

The not so easy part is then the choice of point&shoot cameras in the Panasonic shop: five old shelf warmer.  With reduced price, but older than my FT3.  And even the reduced price is above the price of a comparable new model... 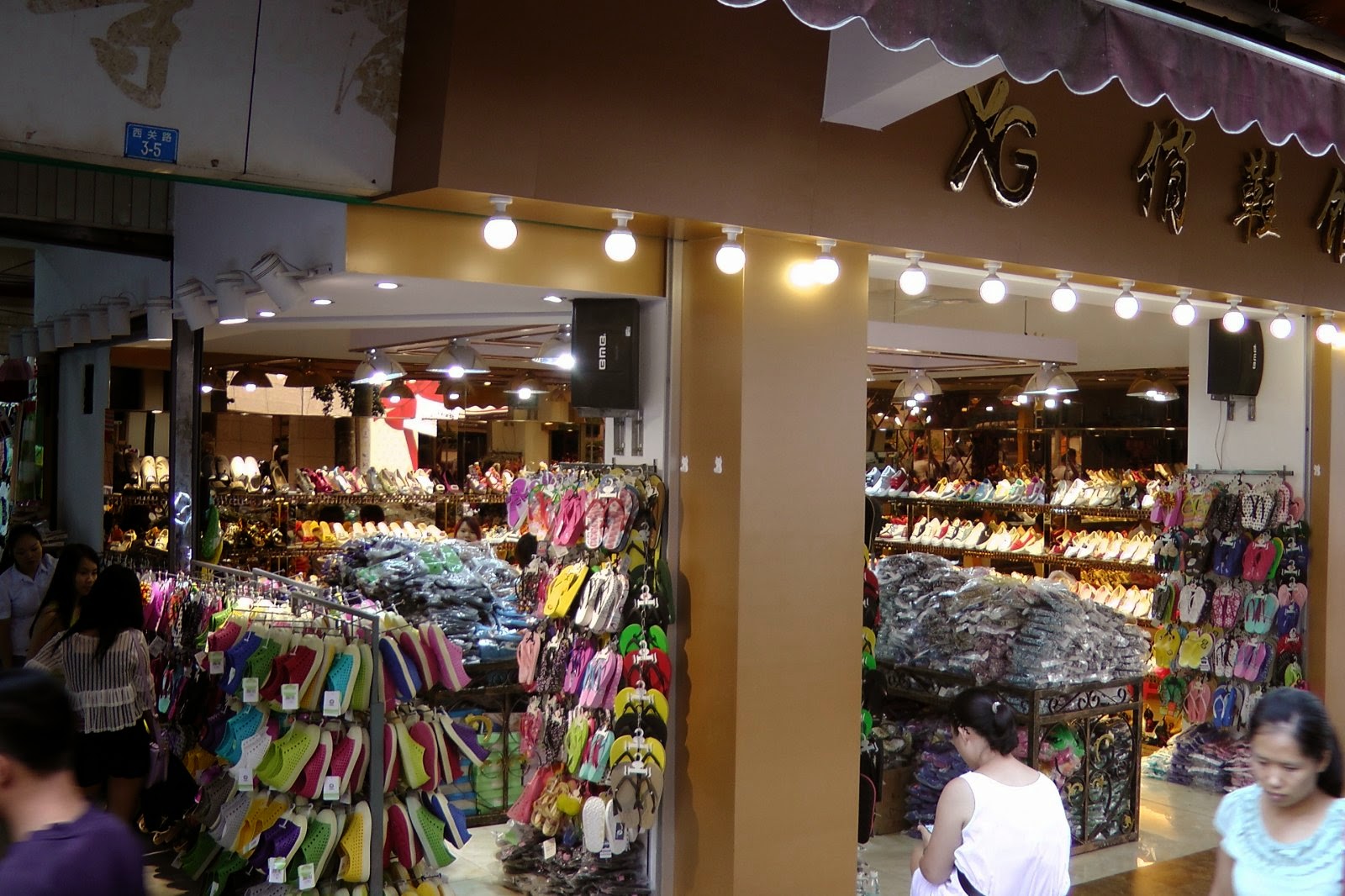 Therefore I decide to go to the shopping arcade, and check what's up there.  These shopping arcades are quite instructive.  It feels like there are 90% shoes and clothes for Chinese girls.  Shoes, ok: flippers.  But a huge selection of flippers, including high-heel flippers for the smaller formats (those of the Chinese girls ;-)!  And in the tech stage: Smartphones.  Quite a lot, the bigger, the better.  And eventually, I find a selection of point&shoot cameras.  In about the same desolate state as in the Panasonic shop: some old models with bleached price tags, no seller to be seen.

Conclusion: the marked for point&shoot cameras in China is dead.  The people there all take photos with their smartphones.  Ok, it lacks the zoom, but I think the zoom hasn't got much traction in China (even the poser-DSLRs usually have prime lenses), the selfie cam is somewhat closer to the demand.

I also find the traditional part of the marked, where those things are sold which Chinese people really need: knifes and pots, mats in all sizes, and things I don't quite understand what they are good for.  In Nanning, the big bulldozer of modernization to "old style" hasn't digged through yet. 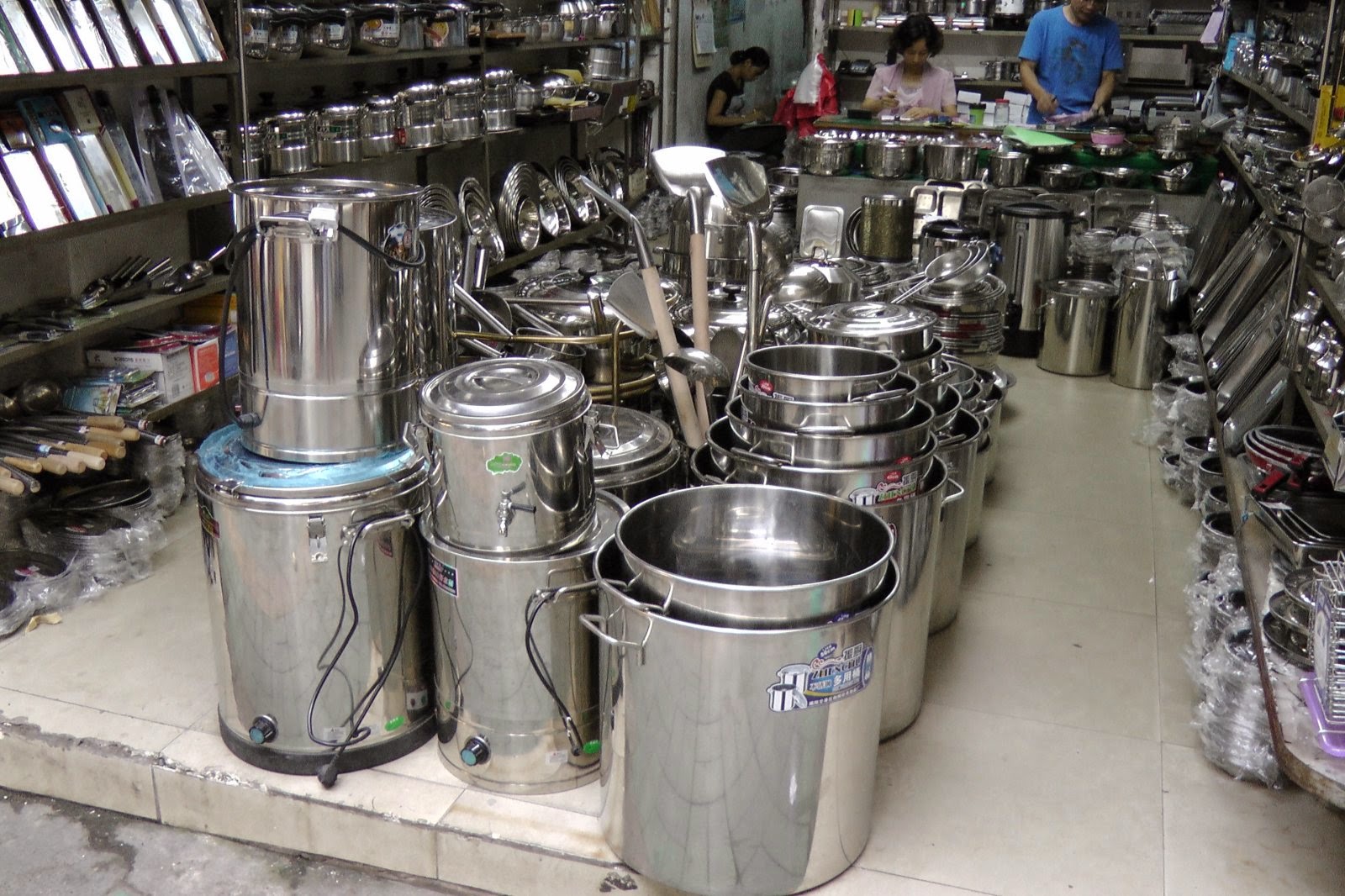 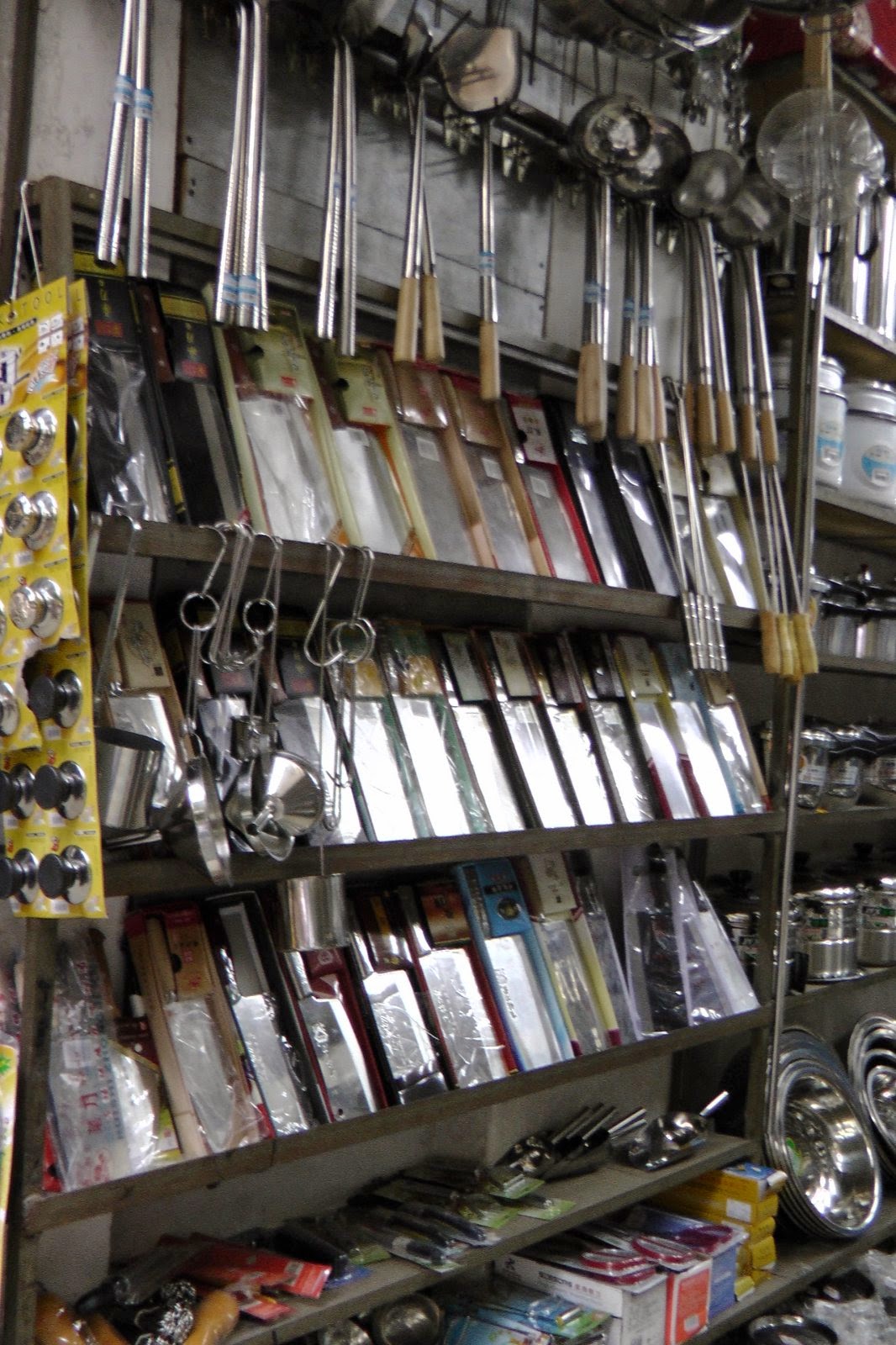